The Fainting GOATs edged the Phils 2-1 in the Thursday game as both sides put on a pitching and defense clinic.
The GOATs took a 1-0 lead in the 1st when lead-off hitter Steve "Squeeza" Gargone reached first on a single, took second on an error, and stole third. He scored easily on a single by Tony Maspo.
The game was 1-0 until the 5th when Paddy Johnson scored on a single by GOAT-for-the-day Stu Clark to make it 2-0.
The Phils had runners in scoring position in the 1st, 3rd, 4th and 6th innings but each time came up just short of a key hit at a critical time.
The Phils threatened in the bottom of the 6th, scoring 1 run on an infield error, but a second run was cut down at the plate on a 1-2-3 double play. The inning ended on a fly-out to left with the tying run on second.
The GOATs scored two runs in the top of the 7th, but darkness fell before the Phillies could hit so those runs were taken off the board.
Eddie "The Man In Need of a Nickname" Esposito and Miracle Max Strubel dueled for 6 innings.
Esposito allowed 1 run, unearned, and 3 strikeouts. Strubel allowed 2 earned runs with 5 strikeouts.

In a battle with first place on the line, the Ageless Wonders™ scored 7 in the top of the 6th to wrest victory from the upstart Isotopes in the Wednesday night game at Shea Stadium.
Trailing by one run in a 6-5 game after 5, the Wonders scored their 3rd straight win in their final at-bat. (Note to the league: don't count out the Wonders until you get the final out!). The game was called for darkness in the 7th.
"The Wonders eke out another close one," said manager Larry Pietras.
Chris "Cip" Ciepiela went the whole way for the win. She allowed 11 hits, but 9 of them were to three batters. The Isotopes Dave Warner, Matt Collins, and Lundy Bancroft each went 3-4.
Steve Youngberg of the Isotopes left with a 1-run lead after 5 in a spot start.
The Isotopes rallied late, scoring 2 runs in the bottom of the 6th, keyed by a hit by Kevin McElhinney. But ultimately the comeback fell short.

The Grays earned their 1st win of the year Wednesday at Herlihy with a masterful complete-game win by Rick "Ricky Bobby" Fleurent.
Greg "G-Bomb" Elbaum gave up 4 runs, 2 earned, on 5 hits over 4 innings, and Jeff Whitehead finished up, allowing 1 run on 3 hits in 3 innings. He also stuck out 4.
Manager Chris "Chaka" Scanlon said the Plugs fell victim to one of their infamous "Ugly" innings. He says this has been a copyrighted term since 2015.
So, with that in mind, the Plugs fell victim to an Ugly inning©. How ugly? Seven errors and 3 unearned runs, and an otherwise moribund offense.
"There were glimmers of hope, but in the end, the Uglies left 4 runners stranded in scoring position," he said. 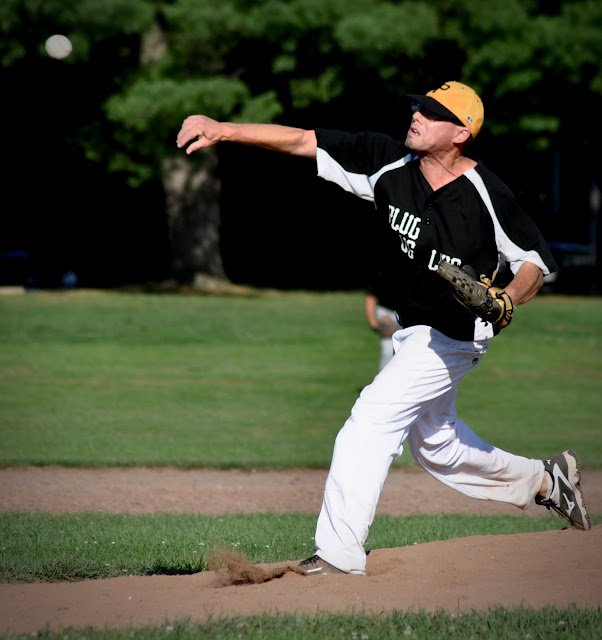 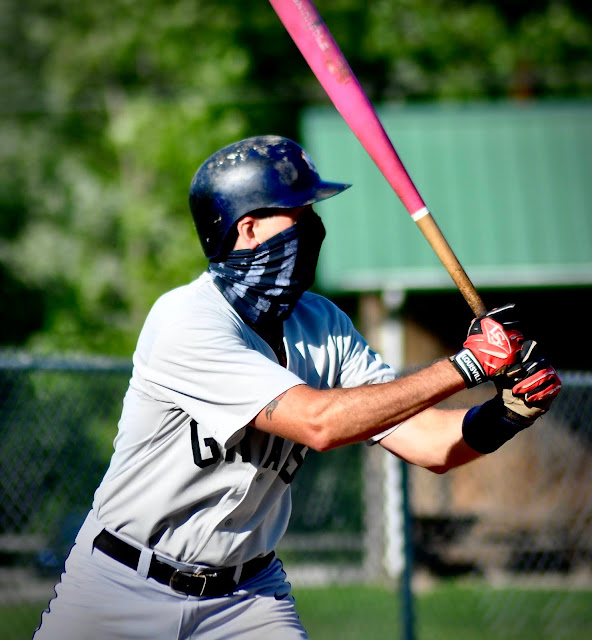 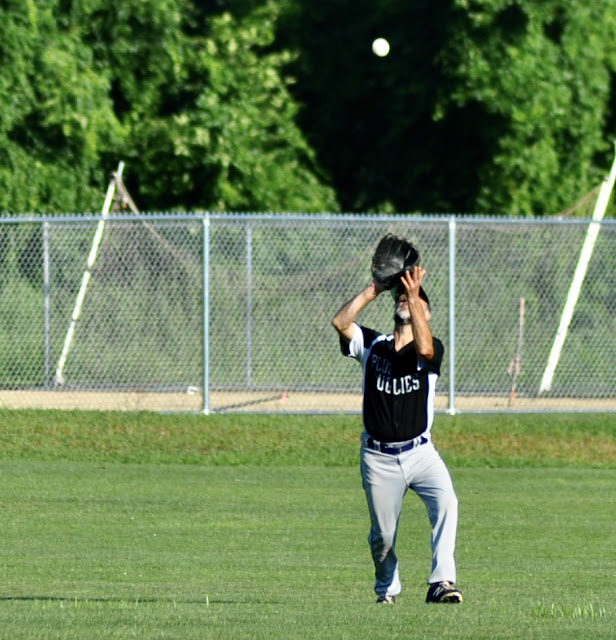 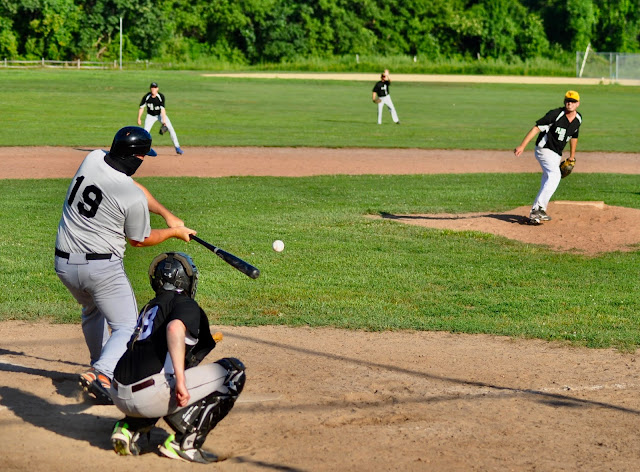 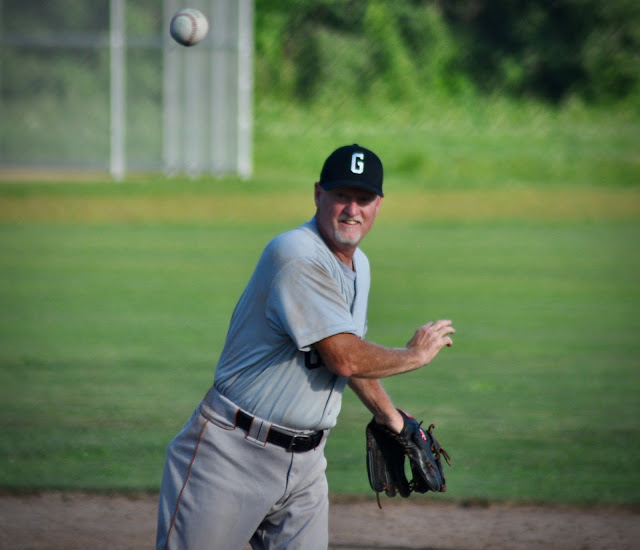 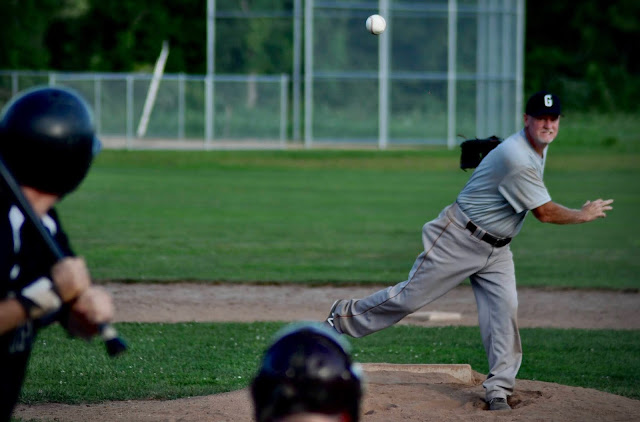 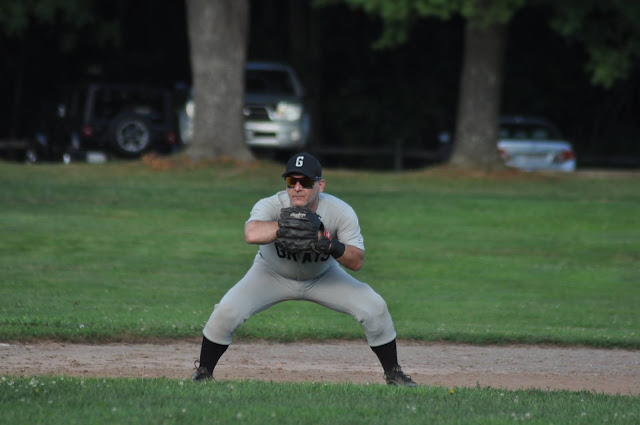 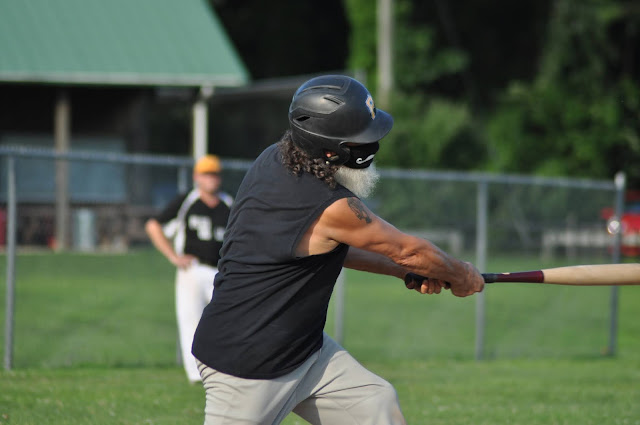 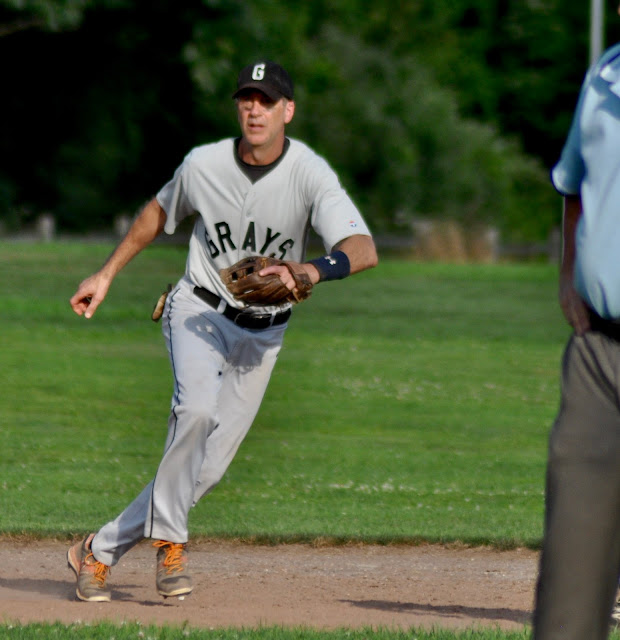 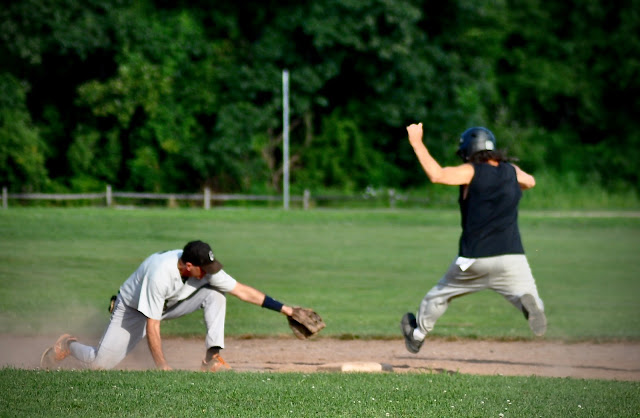 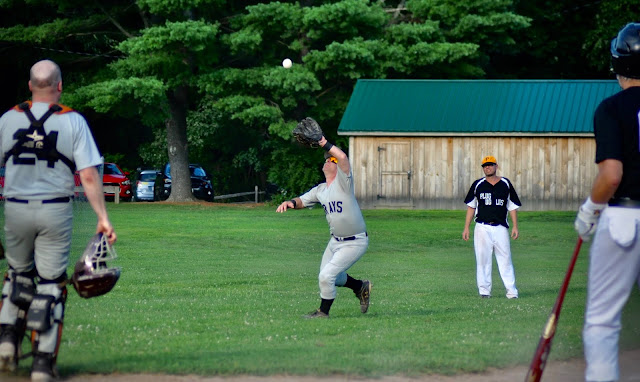 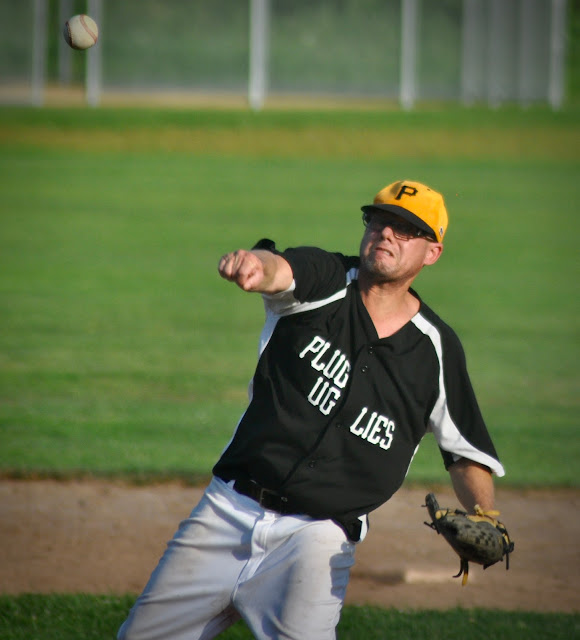 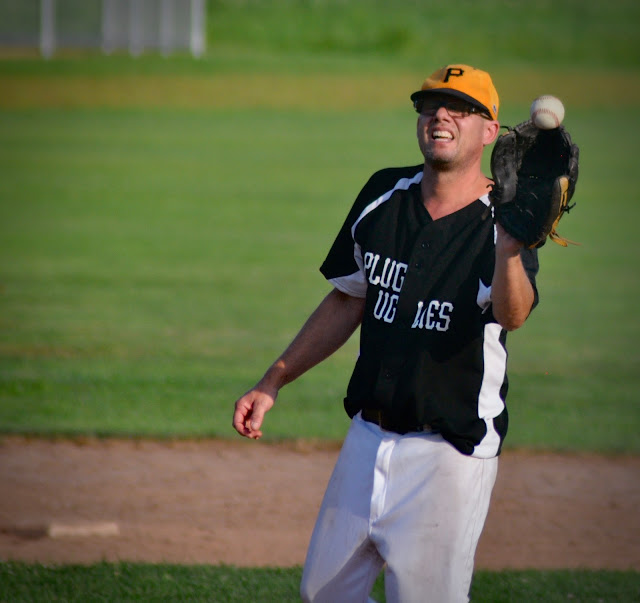 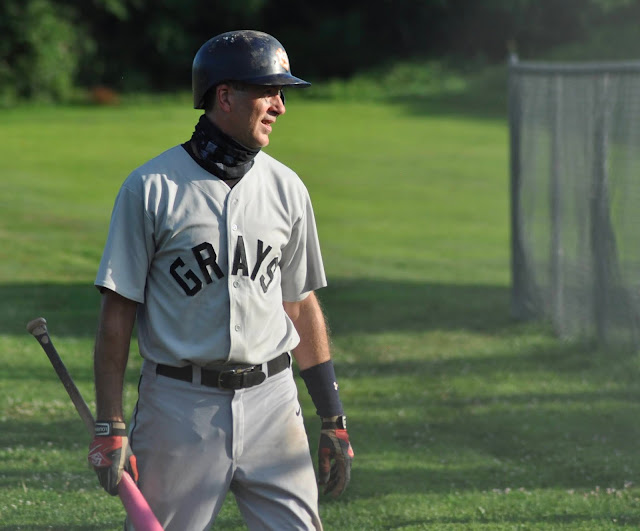 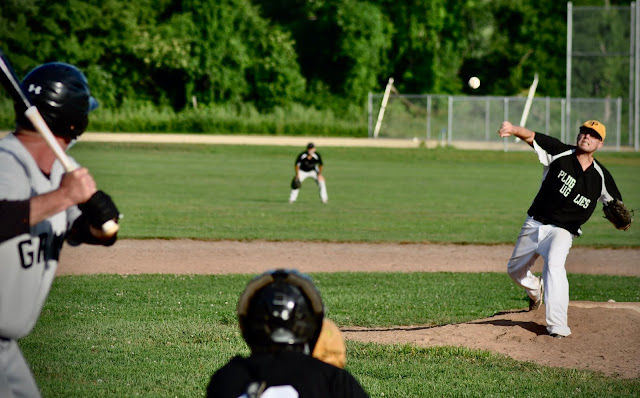