Week 3: And then came the rain

Heavy rains and thunder on Wednesday and the threat of more of the same on Thursday wiped out this week's TNB+50 action. The Plugs and the Goats got in 3+ innings on Wednesday and that was 3+ more than anyone else got to play on Thursday. Oh well. C'est la vie. For those of you unfamiliar with the term, it's French for "that's the vie."

In the meantime, here's the story behind the story of the Rockwell painting shown above. 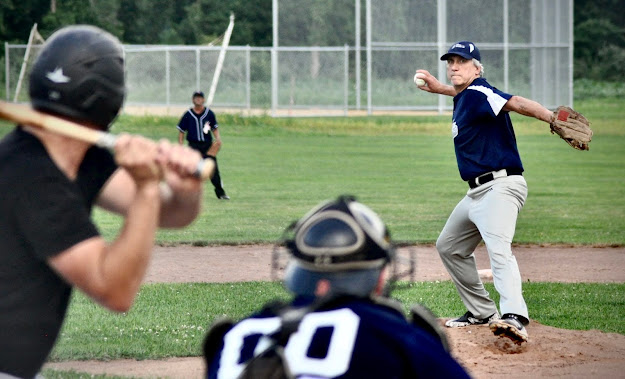 The Plugs had a 5-2 lead over the Goats after 3 and were threatening to score in the top of the 4th when the game was called because of rain.
The rain began in the top of the 2nd and remained steady until the 4th when the drizzle became a downpour and lightning strikes suddenly became too close for comfort.
The game will resume where it left off on Thursday, Aug. 13 at Herlihy.

Dorian Grays at Isotopes - rained out 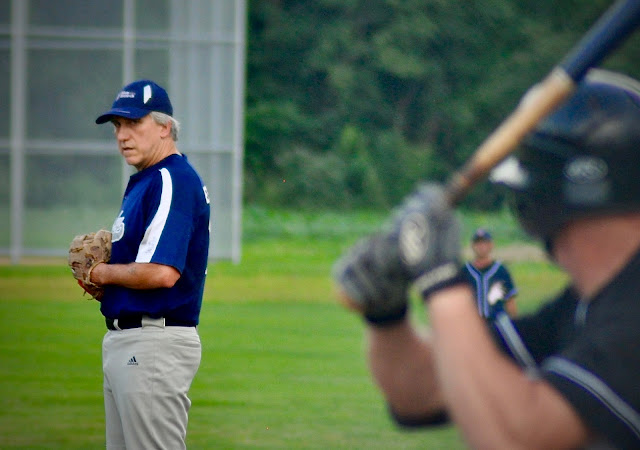 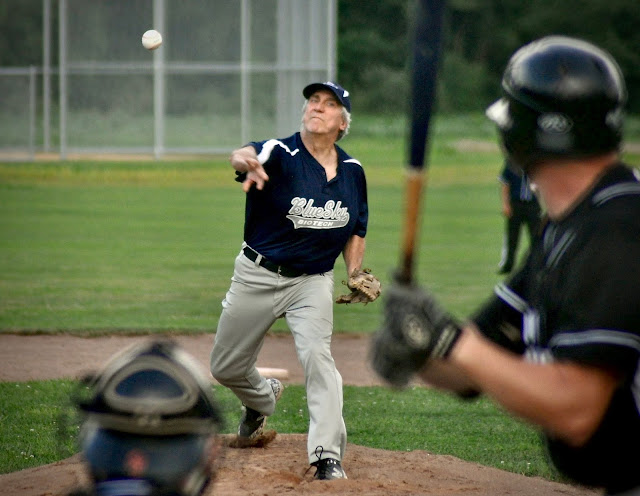 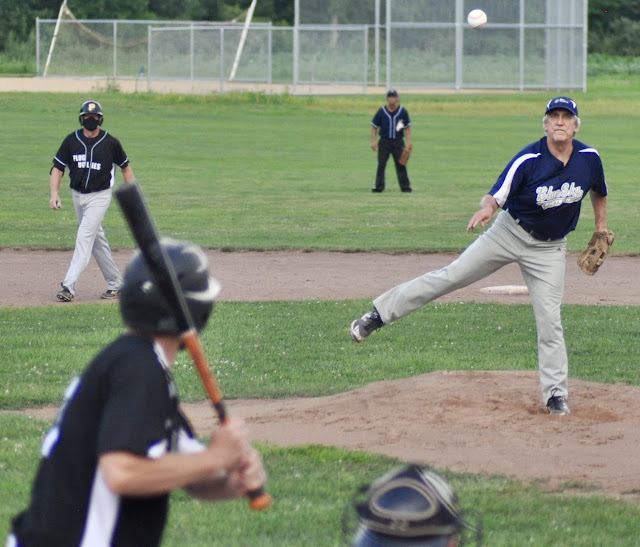